Hiroshima is the largest producer of needles in Japan

The History of Hiroshima Needle production stretches back over 300 years, to when the ruling Asano Clan of Hiroshima Domain spread the practice as piecework for low-ranking samurai to support themselves. Since then, there have been numerous improvements in terms of both product quality and production efficiency and Hiroshima Needle has become widely known as a distinctive local industry.

Tulip’s needle factory is located in a region called “Kake” (in the present-day town of Akiota), about 50 kilometers upstream from Hiroshima Bay along the Otagawa River, in the heart of the Chugoku Mountains. During the Edo Period, Kake was known as the Geihoku Region’s own “center for tatara (method) iron-making” rivaling Izumo, which is also part of the Chugoku Mountain’s great iron sand producing region. The Kake Region achieved great prosperity through the use of water transport on the Otagawa River to bring in necessary materials and supplies from around Japan while also serving as a center for transporting iron produced through “tatara iron-making” to Hiroshima. In the same way, Hiroshima Needle production developed through shipping this “tatara” iron, which was made using iron sand from Kake, on the Otagawa River to the present-day City of Hiroshima, where it was processed into needles.

from the private collection of Masahiro Kake 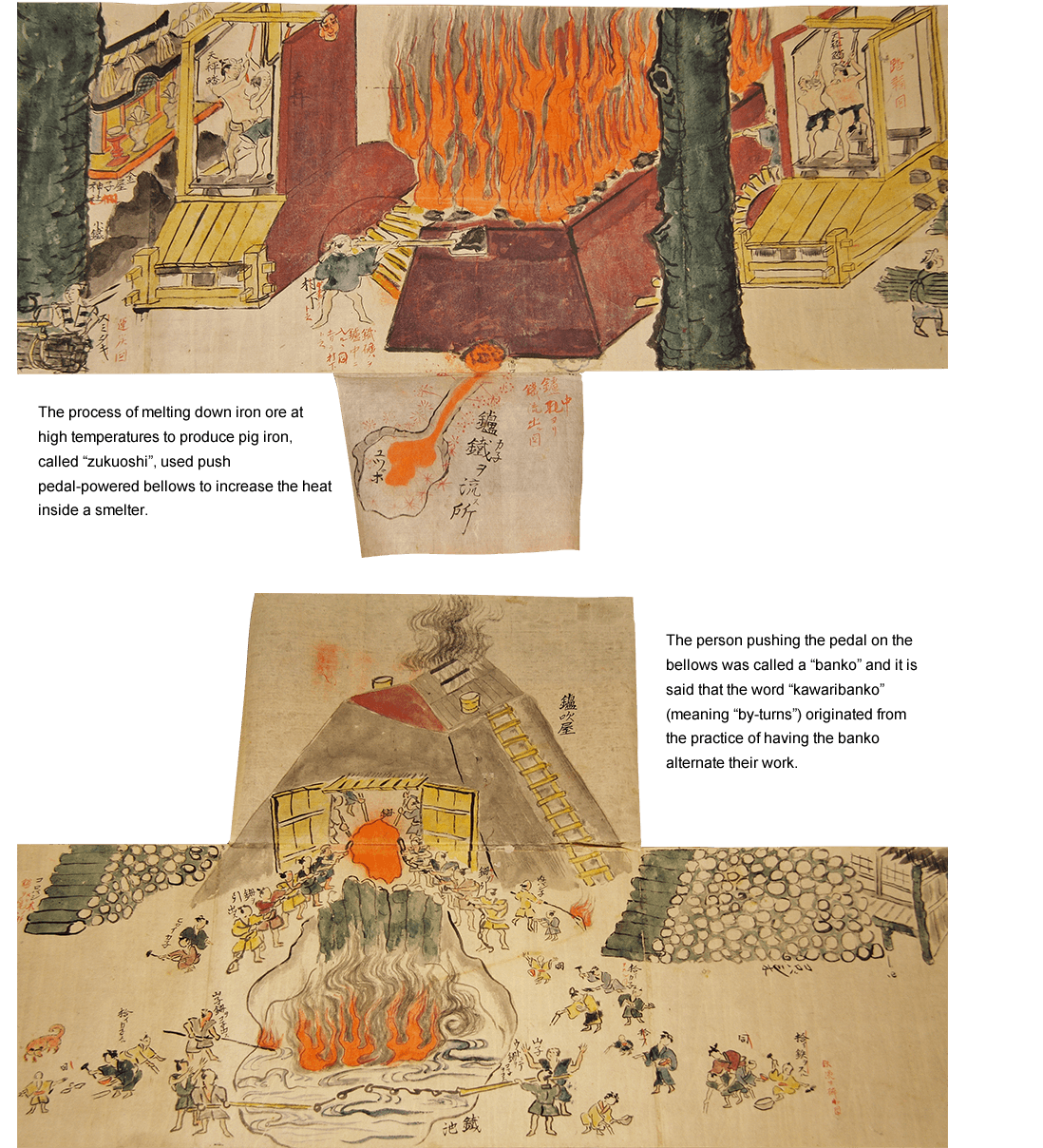 The Distinctive Features and the Allure
of Hiroshima Needle

A quality eye
The needles have a somewhat larger needle eye, with a smooth surface both inside and out.
Strong body
With just the right amount of flexibility, the needles are resistant to bending or breaking.
Sharp point
The needle’s points have undergone special high-density abrasive polishing treatment for sharpness.
Smooth piecing enables easy sewing
You can stitch for hours with less fatigue.
Made in Hiroshima
These safe and high quality needles are produced at Tulip’s own factory in Hiroshima.

The “Made in Hiroshima” label is proof of a high-quality needle
that is rooted in Hiroshima’s history and traditional needle-making techniques.
Hiroshima Needle is a registered regional collective trademark (No. 5124410)
for the brand of needles created in Hiroshima.

Based in the Hiroshima region, an area famous for making needles, we at Tulip have a history of making the needles that our customers rely on. Since our founding, we have primarily manufactured sewing needles, crochet hooks and knitting needles. Our needle sets made for the home economics classes of elementary schools compromise the top share in Japan, and Tulip brand crochet hooks have been exported to more than 40 countries globally for many years.

Our needles are made through a process consisting of over 30 steps, using traditional needle-making techniques that have been handed down through generations of skilled Tulip needle craftsmen, each of whom has an almost stubborn obsession with quality. At the same time, while making full use of the “cutting, grinding and polishing” technology used in our needle manufacturing that we have accumulated through the years, we are also constantly striving to achieve new technical innovations in order to develop and produce products that are not only of the highest quality, but also make positive contributions to society.
We hope that all of our customers find our needles easy and fun to use, and Tulip shall continue to make the needles to fulfill that goal.